Taranto surveyed the old warehouse and shook his head. Random letters, squiggles, and a cartoon mummy decorated its surface. Hard to believe he loaded trucks here as a kid thirty years ago. The entire neighborhood was abandoned and crumbling.  At least the warehouse hadn’t been bulldozed.

If only he’d stayed strait. He and his friends missed one little camera on their last heist, an important detail that got them ten years in prison. Taranto learned to keep his mouth shut in there. The other guys mouthed off too many times. Now the entire treasure was his.

Roaches and rats scurried around as he stepped inside the old building. A sudden ripping sound made Taranto’s skin prickle. He paused and looked around. Seeing no one, he resumed counting paces. Strange shuffling noises increased with each step.

Eager to find the money and the odd gold medallion hidden there, Taranto pushed his growing panic away and ran the map through his mind. Forty two steps from the door. Turn left. Walk another twelves steps. Sweat dripped down his back as he pried up the concrete slab and dug the box out of the gravel. His fingers caressed the old Egyptian medallion.

“It’s about time you came back.”

Taranto spun around. His chest felt like it was going to explode. The painted mummy from outside stood right behind him, arms crossed. He stumbled away from the cloth wrapped monster and tripped over the shovel. With his backside stuck in the newly dug hole, all he could do was flail his arms and legs as the mummy advanced. A scream caught in his throat.

“Don’t wet yourself,” said the mummy, as he grabbed Taranto’s swinging hand and pulled him to his feet.

“Darn fairytales,” mumbled the mummy. “I’m not going to eat you like a genie. Those guys are evil, really bad news. Mummies are nice guys. You have the medallion, so congratulations. You get three wishes. Make them count.” 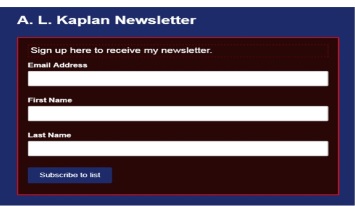 I am a writer, artist, and parent.
View all posts by A. L. Kaplan →
This entry was posted in Short Story and tagged Fantasy, Flash Fiction, genie, magic, mummies, mummy, prison, thief, treasure, urban fantasy, Wishes. Bookmark the permalink.