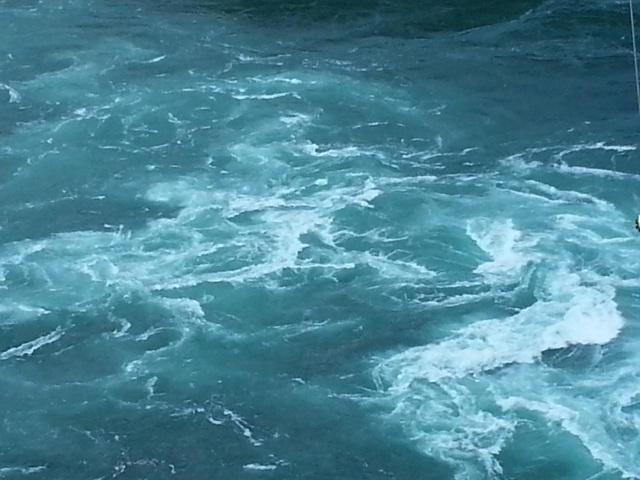 Sheets of water streamed behind Mark Mayfield’s speedboat as he turned hard at yet another twist of the Tuscahana River. Adrenaline soared through his veins. Navigating these hairpin turns at high speed took all his concentration.  Some called the annual River Gods race cursed because of the many accidents. Still, racers flocked yearly.

Today Mark’s luck held. His nearest competitor was a half mile back. Eight others had flipped or run aground on the dangerous waterway. Hundreds of people cheered along the steep banks as he made the last turn. Victory hung before him, then a movement in the shadow caught his attention. Golden eyes blinked from the darkness beneath a group of children who dangling their legs over the edge. A mud colored limb struck a stick standing in the water beneath them. The ground shifted. Rows of jagged teeth smiled at Mark as he raced past.

All thoughts of the finishing the race vanished. Mark yanked the speedboat into a tight turn only inches from the black and white checked strip hanging across the river. The crowd gasped as he headed upstream and buried his boat into the crevasse under the children just as the ground gave way. Mark sat, heart pounding, as a red stain ooze from under the boat, thankful none of the children were hurt.

No one knew what kind of creature Mark had smashed that day. There was little left to examine. But there were a lot fewer accidents during future River Gods races.

I am a writer, artist, and parent.
View all posts by A. L. Kaplan →
This entry was posted in Short Story and tagged boat race, boats, danger, Flash Fiction, gods, monster, race, River, river race. Bookmark the permalink.