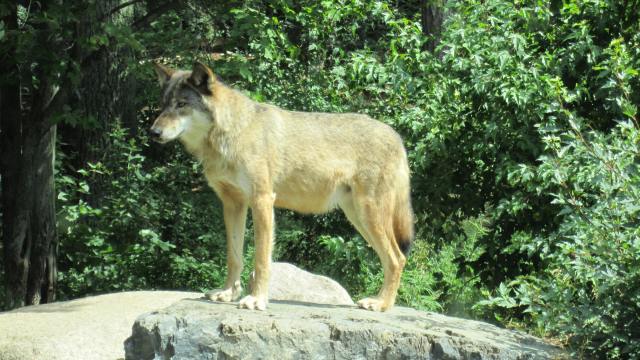 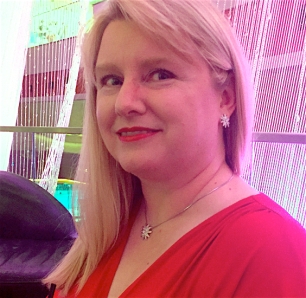 J.A. Grier is a speculative fiction writer and poet whose work is closely informed by her formal background in planetary science and astronomy education.  More than three dozen of Dr. Grier’s poems and stories have appeared in venues such as Mad Scientist Journal, Eternal Haunted Summer, Eye to the Telescope, Liquid Imagination, Mirror Dance, and an anthology of the Maryland Writer’s Association entitled “Life In Me Like Grass On Fire – Love Poems.”  Other writing credits include the textbook “The Inner Planets” published by Greenwood Press.  Dr. Grier teaches workshops in poetry, and has served on panels and offered presentations at conventions including BaltiCon, HallowRead, and the Tucson Science Fiction Convention.  Dr. Grier is a member of the Science Fiction and Fantasy Poetry Association, and the Horror Writers Association.  She is currently seeking homes for two speculative novels, as well as finishing a book of childhood horror poetry.

Wolf: Welcome to Wolf Notes. If you could be any animal in the universe, what would it be and why?

J.A.: Of course I’d be a cat-dragon.  But another interviewee already mentioned cat-dragon because cat-dragons are amazing.  I have a cat-dragon in one of my novels, and it is so cool.  But I’ll move to plan “B” here and say I’d be a couatl, which is a creature from the original AD&D.  It’s a beautiful rainbow-winged serpent – highly intelligent, noble, and virtuous.  A couatl is magical, has psionic powers, and keeps treasure.  It destroys demons in its righteous wrath.  It’s also occasionally worshiped as a deity which seems like a nice perk. 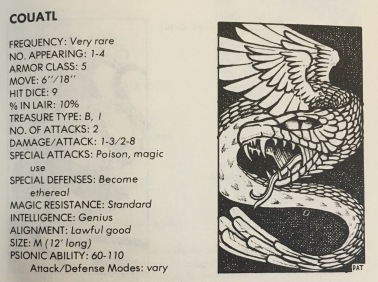 Image Credit:  My pic of a couatl and stats from the hardcover AD&D book sitting right here on my shelf.

Wolf: What is the strangest food you’ve ever eaten?

J.A.: I’m very timid about trying new kinds of food, but a few possibilities come to mind.  Octopus maybe?  Black squid ink pasta?  Bear?  Not sure which to pick.  One person’s strange is another person’s everyday.

Wolf: If you had to pick a weapon, what would it be and why?

J.A.: That would be my razor-sharp wit.  No wait.  This woman appeared out of a lake and gave me a sword.  She was saying something like I’m supposed to rule something or other but I wasn’t really listening.  It’s awesome for cosplay.

Wolf: What is the meanest thing you’ve ever done to your characters?

J.A.: So, one character was captured by the bad guys and tortured.  It was nasty.  Husband says he’s never going to be the same after reading that scene, so I guess the scene works?  But really the meanest thing I’ve done is to have one of my characters win the war for cosmic supremacy.  Now she’s stuck ruling the universe and the job sucks.

Wolf: You’ve just been turned into a plant. Describe yourself.

J.A.: I’m an ocotillo blooming in the desert.  I’m strange but somehow compelling, and my flowers are used to cure ailments of all kinds.  The full Moon touches the tips of my spines like Sleeping Beauty’s finger on a spindle.  A coyote hunts the javelina snuffling at my roots.  I understand the speech of the moths.  I dream of rain.

Wolf: That sounds really cool. Do you consider yourself a cat person, or a dog person?

J.A.: Cat person.  You might have guessed that from the whole cat-dragon thing.  I mean, dogs have an amazing history and relationship with humans – they can predict seizures and detect cancer, just for starters.  But cats … cats purrrrrr. 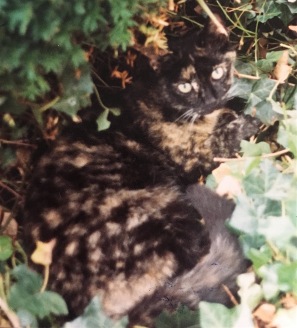 Image Credit:  My childhood cat “Crayon” hiding in the ivy.  Adored this kitty.

Wolf: If you could have a super power, what would it be?

J.A.: Probably teleportation, otherwise I want the power to choose the perfect wine to go with any meal.  Actually, I do have a super power – I get to decide the order in which the Christmas presents are opened.

Wolf: The world is about to end. What is the first thing you do?

J.A.: After I stop screaming I contact my scientist colleagues. Fortunately, we’ve been studying asteroid hazard mitigation strategies, so we know just what to do.  We launch a specially designed explosive that should change the asteroid’s orbit.  The world watches, unable to breathe, as the asteroid approaches closer and closer to the Earth.  The explosive detonates.  The asteroid … sweeps by harmlessly!  We all change our pants and celebrate!  (Little do we know that we’ve now altered the orbit of the asteroid so it hits … well … that’s another story.)
Wolf: Thanks for saving the world. I could have used your help to stop the cataclysm in my novel, STAR TOUCHED. What story are you working on now?

J.A.: I can’t work on just one thing.  I have poems, stories, and novels all going at the same time.  One work in progress is a book of poetry that I’ll call ‘childhood horror.’  It explores the fears of childhood, both real and imagined.  It has some poems with speculative elements like magic or monsters.  Other poems could be considered literary poems with themes like illness, grief, and war.  I’ve published several of the poems separately in various journals and other venues.  However, the full book completes an emotional journey as it flows from beginning to end.  You’ll have to read it to find out more, so keep your eyes peeled for when I finally get this thing out!

Until then try some of my other published stories and poems that are free to read online:

(1) A flash sci-fi piece entitled “The Gods of Home” – published in The Arcanist  https://thearcanist.io/the-gods-of-home-a46a36fd0dd4

“It Snows on Camelot” http://www.mirrordancefantasy.com/2013/12/it-snows-on-camelot.html

Wolf: What do you like to do when you’re not writing?

J.A.: Well, no doubt I should be reading if I’m not writing.  But instead I’m probably thinking about writing, or planning writing or blogging about writing … okay I’m probably playing video games like Mass Effect, Dragon Age, or Skyrim.  Or I’m going wine tasting.  I am also a paper artist in a form called ‘Quilling’ so you might find me working on art projects (my quilling blog is at storiesstonesandspirals.blogspot.com)  Barring any of those I guess I’m working at my day job in which I’m researching impact craters on other worlds or sharing planetary science with the general public. 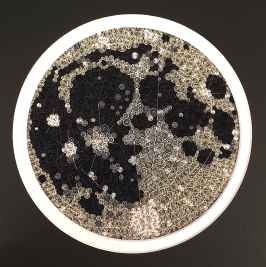 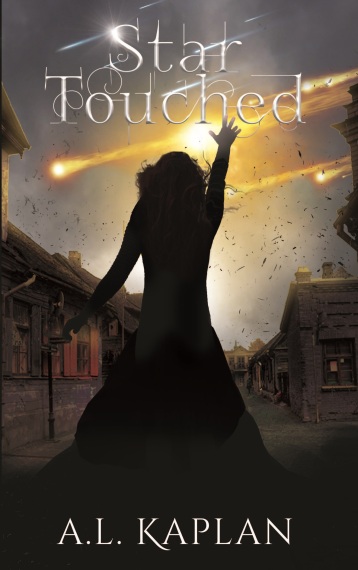 Eighteen-year-old Tatiana is running from her past and her star-touched powers eight years after a meteor devastates earth’s population. Her power to heal may be overshadowed by more destructive abilities. Fleeing the persecution of those like her, Tatiana seeks refuge in a small town she once visited. But this civil haven, in a world where society has broken down, is beginning to crumble. Will Tatiana flee or stay and fight for the new life she has built? Only by harnessing the very forces that haunt her can Tatiana save her friends…and herself.

“A unique and finely crafted debut novel, the characters touched my heart as I was drawn into their plight and compelled to finish!” 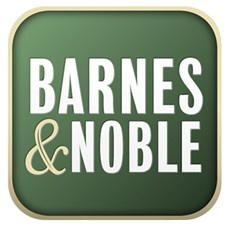