Drew Minh is a digital advertising executive in Los Angeles, with firsthand knowledge of our current social media revolution. He’s lived in Barcelona and Paris, where he worked as a freelance writer, ghostwriter, and digital consultant. He’s had fiction published in 3AM magazine, Word Riot, Litro Magazine, and other publications. He also wrote a fictional crime column for weekly newspapers in Spain. 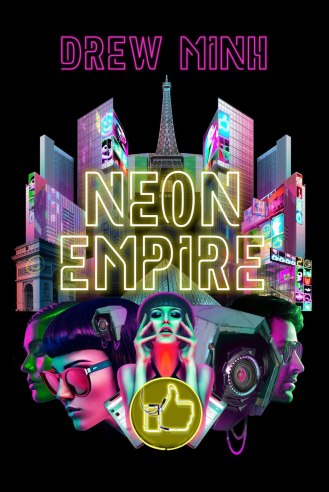 In a state-of-the-art city where social media drives every aspect of the economy, a has-been Hollywood director and an investigative journalist race to uncover the relationship between a rising tide of violence and corporate corruption.

Bold, colorful, and dangerously seductive, Eutopia is a new breed of hi-tech city. Rising out of the American desert, it’s a real-world manifestation of a social media network where fame-hungry desperados compete for likes and followers. But in Eutopia, the bloodier and more daring posts pay off the most. As crime rises, no one stands to gain more than Eutopia’s architects―and, of course, the shareholders who make the place possible.
This multiple-POV novel follows three characters as they navigate the city’s underworld. Cedric Travers, a has-been Hollywood director, comes to Eutopia looking for clues into his estranged wife’s disappearance. What he finds instead is a new career directing―not movies, but experiences. The star of the show: A’rore, the city’s icon and lead social media influencer. She’s panicking as her popularity wanes, and she’ll do anything do avoid obscurity. Sacha Villanova, a tech and culture reporter, is on assignment to profile A’rore―but as she digs into Eutopia’s inner workings, she unearths a tangle of corporate corruption that threatens to sacrifice Cedric, A’rore, and even the city itself on the altar of stockholder greed.

The Blog tour is just getting started. Check out these other sites.

Thanks for visiting ALKaplanAuthor.com. Check out some of my other posts before you leave and stop by again.

Sometimes it’s hard to be who you are meant to be.

Eighteen-year-old Tatiana is running from her past and her star-touched powers eight years after a meteor devastates earth’s population.
Her power to heal may be overshadowed by more destructive abilities. Fleeing the persecution of those like her, Tatiana seeks refuge in a small town she once visited. But this civil haven, in a world where society has broken down, is beginning to crumble. Will Tatiana flee or stay and fight for the new life she has built? Only by harnessing the very forces that haunt her can Tatiana save her friends…and herself. 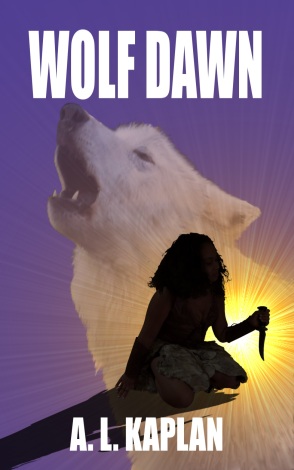 A Hidden Past – A Deadly Secret

Gifted with the ability to wolf-talk, Kara has lived with the wolves since she lost her memories eight years ago. Now at sixteen, snippets of her past send her searching for answers.