We need more people like John Lewis. He will be missed. 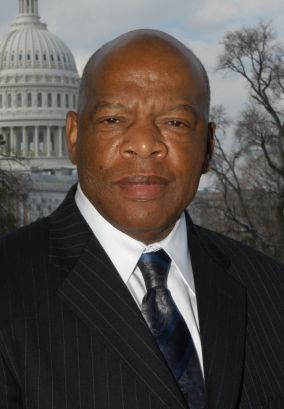 The United States of America lost an heroic figure with the passing of Representative John Lewis on Friday from pancreatic cancer.  (1940-2020)

Mr. Lewis was a major figure in the Civil Rights Movement and worked alongside Dr. Martin Luther King, Jr. He participated, in the March on Washington, and he led the march, as a young man, across the Edmund Pettis Bridge in Selma, Alabama on March 7, 1965. This would come to be known as Bloody Sunday because of the violence the marchers encountered, including Mr. Lewis.

He would later be elected to the United States House of Representatives in which he served for 30 years; he was frequently considered  to be the Conscience of America. He was awarded the Presidential Medal of Freedom by President Obama in 2011.

Among Mr. Lewis’ quotations are “When you see something that is not right, not fair, not just, you have…

I am a writer, artist, and parent.
View all posts by A. L. Kaplan →
This entry was posted in Essay. Bookmark the permalink.