Some Companies Still Don’t Get It

J.C. Penney, a department store with 840 retail outlets in 49 states, filed for bankruptcy this month, 118 years after it was founded. The company hopes to reorganize, but 242 of its stores are closing for good. The company, hit hard by the coronavirus shutdown, won rent relief as it tries to stay afloat, but thousands of employees have lost their jobs, investors have lost millions, and consumers in many poor areas will lose valued retail outlets.

But the pain only went so far, and it certainly didn’t reach the executive suite. Just prior to filing for bankruptcy, J.C. Penney paid its chief executive, Jill Soltau, $4.5 million, while the chief financial officer and the head of human services each got $1 million in bonuses.

Live the magic. Read a book.

There is magic in stories. Magic is the transmutation of objects or the manipulation of the world in ways that move outside the realm of science. Whether or not magic is real in the sense of the here and now world is not the point; magic is a metaphor for fiction. Stephen King says, “books are a uniquely portable magic” (104). This magic is in the words, in their transmitting from the writer to the reader other worlds and ideas. In writing fiction, writers create a world that was not there; even so-called realistic, literary writers create an alternate world that readers inhabit when they read the book. The writers and the readers, in a mystical incantation, create another reality, one that can be so strong sometimes that readers can be moved to tears or laughter or sadness or joy or grief or sorrow or despair or hope. Readers…

I wrote this poem several years ago, but the sentiment hasn’t changed. It’s time to rededicate. We all live in one world, and without each other everyone loses. I support Black Lives Matter. 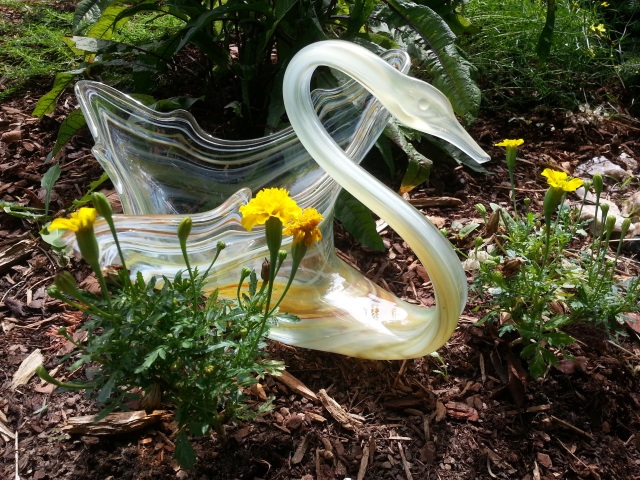 If you get a chance, check out STAR TOUCHED. Tatiana has to deal will a different kind of hate and bigotry. 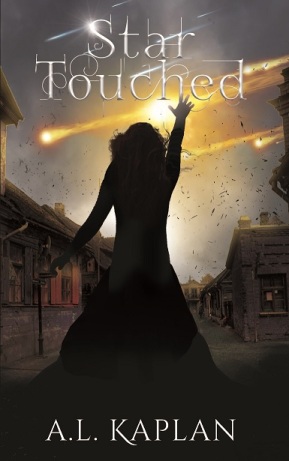 It is up to us to save our country and uphold the constitution. Get out and VOTE in November!

I try to avoid political posts in this blog, but I cannot remain silent. Our country and our democracy are under attack from the highest level of government–the President.

Today, Donald Trump used tear gas and military force to dispel peaceful protestors in Washington, DC, so he could have a photo-op holding a Bible. Please remember that the First Amendment to the Constitution of the United States of America guarantees the right of citizens to protest peacefully.

“Congress shall make no law respecting an establishment of religion, or prohibiting the free exercise thereof; or abridging the freedom of speech, or of the press; or the right of the people peaceably to assemble, and to petition the Government for a redress of grievances.”

He then held up the Bible in front of a church to justify his actions, and that is the highest level of hypocrisy.  All Americans who love this…

In honor and memory of all who have given their lives for our country. 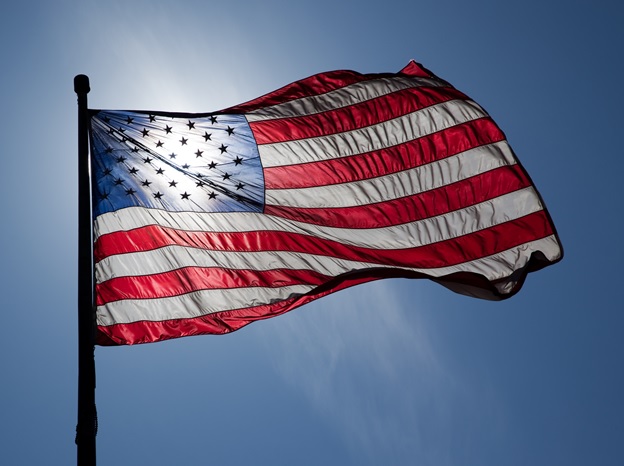 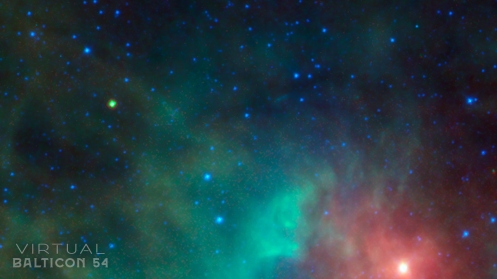 It’s Free and Open to All

Here is my schedule

You’ll need to register for each event to get the link, but it is free

Saturday, May 23, 11AM
What Makes a Compelling Fantasy Religion?
Kim Hargan (Moderator), Daniel M. Ford, A.L. Kaplan, Mary G. Thompson
Throughout history, religion has motivated people to perform acts of both great altruism and unbelievable cruelty.  A fantasy setting featuring a complex and consistent religion offers opportunities to explore deep, nuanced characters and plots. Which creators are notable for crafting believable and interesting religions, and what kind of stories have they been able to tell with them?
50 minutes
Literary, Religion
Saturday, May 23, 1PM
YA As Its Own Genre
Mary Fan, Starla Huchton, A.L. Kaplan, Mary G. Thompson
YA is often set aside as its own genre in bookstores, libraries, and suggested reading lists. Like children’s literature, it is frequently categorized by expected reader age, rather than style or content. How is a book classified as YA, and what differentiates it from adult books? Has this classification been beneficial to YA literature, or has it had a negative effect?
50 minutes.
Literary, Reading
Monday, May 25, 10AM
Reading: Kaplan and Smale
A.L. Kaplan, Alan Smale
50 minutes
Live Reading
Monday, May 25, 2PM
Outlining vs. Pantsing
A.L. Kaplan (Moderator), Charles Brown, J.L. Gribble, Vivian Shaw, Ryan Van Loan
Some storytellers require a detailed outline to start fleshing out their story, but others prefer to write by the seat of the pants. What are some techniques to help you get better at one when you prefer the other?
50 minutes
Writing

Don’t miss out on important announcements.

Pick up your copy of Star Touched and Wolf Dawn 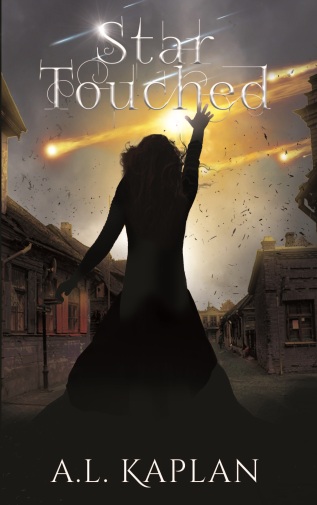 I’ll be live on Chat and Spin Radio at 1:15 PM Eastern Time today.

Come by and listen

If you haven’t gotten your copy of Star Touched and Wolf Dawn, now is your chance. 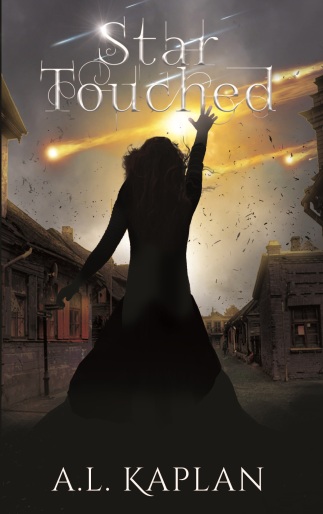 Eighteen-year-old Tatiana is running from her past and her star-touched powers eight years after a meteor devastates earth’s population.

A Hidden Past – A Deadly Secret

Gifted with the ability to wolf-talk, Kara has lived with the wolves since she lost her memories eight years ago. Now at sixteen, snippets of her past send her searching for answers.

Careful of who you step on. Find out what happens to this fellow.

Brent tumbled down the side of another sand dune, landing in a crumpled heap at the bottom. Three days of wandering this desert under an unrelenting sky. No food. No water. There wasn’t even night on this desolate world, only glaring daylight. The only signs of life he’d seen since arriving, were the dried bones of past prisoners. This wasn’t a punishment. It was torture.

Spitting gritty particles out of his mouth, Brent struggled to his feet and trudged on. Before he got caught up in it, Brent used to believe in the criminal justice system. That was before he was set up by his best friend. Franklin’s liberal use of bribes had ensured Brent’s conviction.

“Die, or go insane and die.” Those were the choices they gave him before digital transportation. Brent had another – escape and revenge.

The sand beneath his feet shifted, pulling him toward a dark opening. “No!” he cried, scrambling away from the sinkhole.

Nails and fingers raw from digging at the coarse sand, Brent fell into the pit, wondering what other hell awaited him. For a moment, he hung in midair, then woke in the prison transport center. He blinked at the giant hourglass on the table, watching as bits of old bone fell into the bottom portion. Was it real?

“You’ve been granted an appeal,” said his lawyer, holding out a credit transfer tablet.

Brent smiled as he approved the extra ‘lawyer’s fees’. This time he’d have his revenge

Don’t forget to pick up your copy of Wolf Dawn and Star Touched. 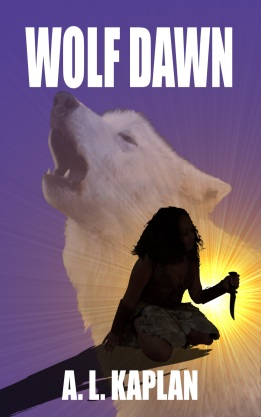 Gifted with the ability to wolf-talk, Kara has lived with the wolves since she lost her memories eight years ago. Now at sixteen, snippets of her past send her searching for answers. But the warm welcome she receives in the human village hides more danger than life with the pack.

Eighteen-year-old Tatiana is running from her past and her star-touched powers. Her power to heal may be overshadowed by more destructive abilities. Fleeing the persecution of those like her, Tatiana seeks refuge in a small town she once visited. But this civil haven, in a world where society has broken down, is beginning to crumble. Will Tatiana flee or stay and fight for the new life she has built? Only by harnessing the very forces that haunt her can Tatiana save her friends and herself.

What are your thoughts on this?

I serve as treasurer of a small nonprofit organization for writers in Maryland, and because of the Covid-19 stay-at-home order, we had to cancel our annual conference. That cost us about $2,000.  At a recent board meeting, someone suggested we apply for money being made available by the local government to assist nonprofits in sudden need. We talked about it and decided not to apply. We have a big enough rainy day fund to cover the loss, we have no employees to worry about, and we’re in no danger of slowing, let alone ceasing, operations. Other organizations clearly need it more.

None of us had to think hard about this; it was clearly the ethical thing to do.

Find out what ruined this couple’s holiday.

Could it get any better than this?” said Jake. He sipped his drink, then gazed across the lake at the white capped mountain. “Clear blue skies, clean crisp air. It’s as spectacular as everyone said.”

“Hon, I hate to break it to you, but we need to pack up and leave right now.”

“What?” he said, nearly choking on his cocktail. “What for? This place is perfect.”

“Apparently not. I just got a message that it’s no longer safe. They’re closing the park, effective immediately.”

“No!” Jake shook his head. “Just because some bureaucrats can’t do their job doesn’t mean they have the right to spoil our vacation. It’s the first we’ve had in ages.”

“It’s more than politics and you know it. The infestation is creating havoc. They have no choice.”

He pointed at the view. “Look at that flawless peak, delicately dusted with powdered sugar. They’re going to ruin it.”

“No, they won’t. I promise we’ll come back as soon as things settle down.”

“Right, sure we will,” said Jake. “Remember Pompeii? Completely buried. Atlantis? Sunk along with all the unicorns.  Mars? Uninhabitable. Before that it was Quirinus. That planet’s nothing more than an asteroid belt between Mars and Jupiter.”

“Okay, maybe you have a point. We still have to leave.”

“I suppose,” he said, gathering his belongings. “but this place better still be here after the fumigation. Damn humans. Every time we think those parasites are gone they spring up out of the ooze like a virus.”

Don’t forget to pick up your copy of Wolf Dawn and Star Touched.

Gifted with the ability to wolf-talk, Kara has lived with the wolves since she lost her memories eight years ago. Now at sixteen, snippets of her past send her searching for answers. But the warm welcome she receives in the human village hides more danger than life with the pack.

Eighteen-year-old Tatiana is running from her past and her star-touched powers. Her power to heal may be overshadowed by more destructive abilities. Fleeing the persecution of those like her, Tatiana seeks refuge in a small town she once visited. But this civil haven, in a world where society has broken down, is beginning to crumble. Will Tatiana flee or stay and fight for the new life she has built? Only by harnessing the very forces that haunt her can Tatiana save her friends and herself.